The development of reflective film

The earliest reflection of the phenomenon of animals in the night glowing eyes, the principle of light is the use of light refraction and reflection, as shown below. 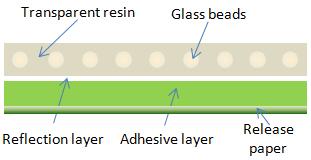 Buried reflective tape internal transparent resin than the heat capacity than the air, in the outdoors, the air temperature changes will lead to a large reflective film and air to produce a large temperature difference, making the air vapor condensation in the reflective sheet surface, the formation of dew, affecting the reflective effect.

After the embedded reflective film, developed a sealed retroreflective tape, the structure is as follows. 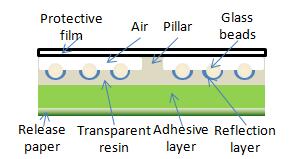 The sealed retroreflective film is a durable glass bead-type reflective tape, and its internal vacuum support structure also solves the problem of condensation dew condensation due to temperature changes, and its vacuum medium is more conducive to the propagation of light, thereby further improving the material Of the reflective ability.

Removal of transparent resin, the aging of the vacuum structure will not have a transparent resin to reduce the impact of light, 10 years after the brightness retention value of at least 80% of the initial brightness; but at the same time, but also because of its high-strength structure led to some difficult to overcome Product defects such as product brittle and easy to tear, wrinkle, bubble, surface honeycomb protrusions, production of high energy consumption, emissions and so on.

Afterwards, a microprism conspicuity film was developed, and the structure observed under a microscope was as follows.

Micro-prism structure is as follows, through the mold extrusion surface resin film, forming a single prism structure, and then by a variety of materials into a reflective film pressure.

Micro-prism structure of the reflective principle is reflected through the prism mirror light, as shown below.

That is, it can remove the non-reflective part of the microprism structure, so that all the reflective film is made up of a prism structure which can realize all reflection.

Reflective principle and micro-prism. It also combines the long-distance and large-angle micro-prism reflective film of the two characteristics, while maintaining the positive brightness, easy to find long distances at the same time, improve the distance of 50-250 meters in the large incidence angle and observation angle of the reflective brightness.

WEALLIGHT also provide luminescent products, if you want to understand the luminous film, please refer to Glow Film — how much do you know? 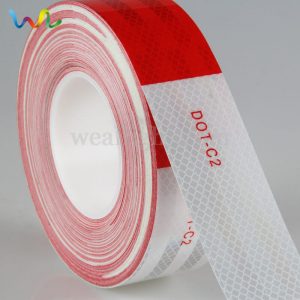 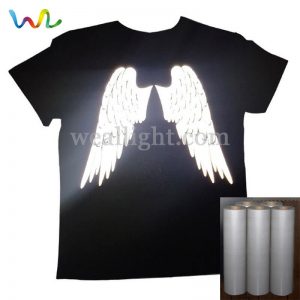